Mobile phone manufacturer Nokia has just released an updated version of Nokia Ovi Player, a software solution for Nokia devices users. The new version 2.1 of Nokia Ovi Player, which was formerly known as Nokia Music when we reviewed them last, lets users manage and transfer music between their computers and phones, discover new music from the Nokia Music Store, and more.

Nokia Ovi Player 2.1 comes with a number of enhancements and features and a series of fixes to improves the overall quality and performance of the application. 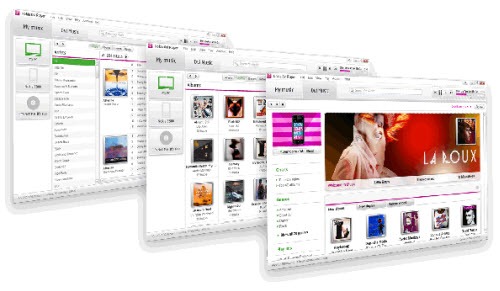 The most notable new feature is the ability to transfer music and playlists from iTunes on your computer to your Nokia phones. Previously there was no direct way of doing it. The latest Nokia Ovi Player now can automatically import your music collection from iTunes and all the manual playlists that you created in iTunes to compatible Nokia devices. However, iTunes DRM files and smart playlists will not be imported.

The second most notable improvement is the ability to pause and restart downloads from the Nokia and Ovi Music stores. Ovi Player will automatically retry any failed downloads and will also preserve uncompleted downloads on application restart.

Other new features include: