Early this year we wrote about a privately funded, non-profit project by the name of OpenLuna Foundation, whose mission objective is to put a man on the moon using only open source technology. We haven’t checked out on their progress for a while but their website tells me that they are still around and, in fact, they are recruiting at the moment. Anyways, the reason why I remember them today is because of a news article I read at Neatorama. 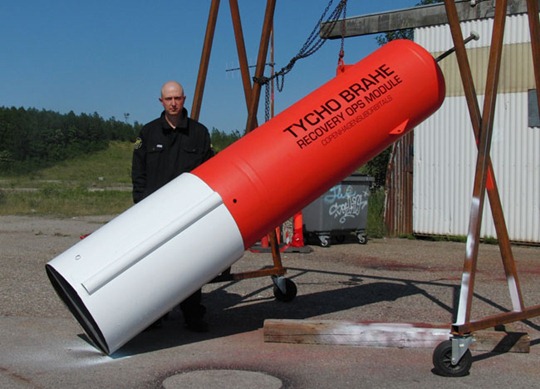 A Danish company called Copenhagen Suborbitals has developed a rocket that will send a test dummy into space in a few days, with eventual plans to launch a real, alive, eating and breathing human being. Like OpenLuna Foundation, this project has been built completely by volunteers with no government funding. The HEAT1X-Tycho Brahe rocket can seat one person and will reach an altitude of 93 miles above the Earth.

Tycho Brahe-1 will carry one human passenger, in a half-seated position, into space and back down again.

The seat is designed to minimise the gravitational pull on the passenger’s spine.

Whoever is on board will also have to wear a pressure suit, like those worn by fighter pilots, to make sure they don’t pass out.

At the top of the module is a see-through polymer plexiglass dome, giving the astronaut a once-in-a-lifetime view of their journey.

It’s planned that the spacecraft will travel in an arc, jettisoning the rocket about halfway up and eventually peaking more than 100km above the Earth before coming down.

After it re-enters the atmosphere, parachutes will be deployed to slow it before it hits the water.

This might seem fancy and audacious, but the company is actually preparing to launch a rocket as I write this, an unmanned one at first, this weekend. The unmanned flight will reach a height of 30Km, not exactly “space”, but their fourth generation rocket HEAT-4 will be capable of. And that is the one which is scheduled to carry a human.

Here is the Tycho Brahe-1 rocket. 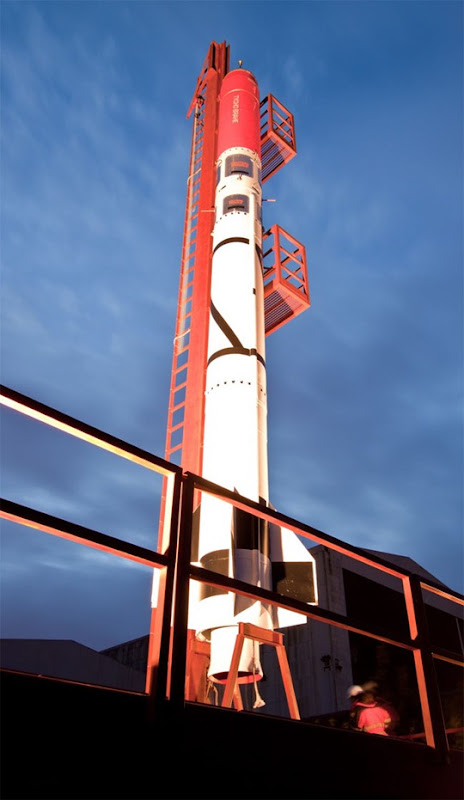 Looks good, but wait till you see the capsule that will hold the human being. 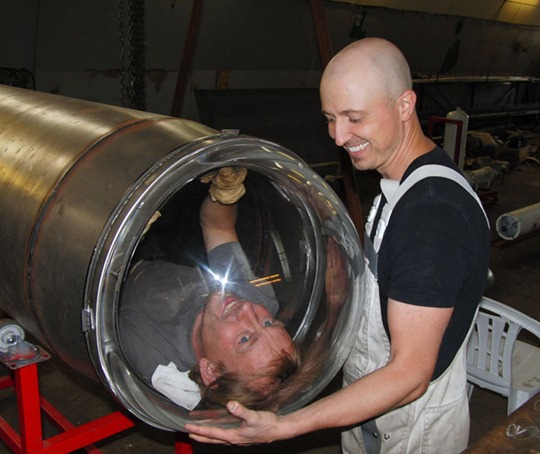 Err! Now I’m not sure. Getting locked in a cigar shaped coffin with barely enough room to move your arms and shooting out from a canon is certainly not high up on my list of things to do, or anyone else’s I guess. This doesn’t look right.

Related:
Spanish company zero2infinity planning space trips for tourist on balloons
Launch your own satellite for $8000