Firefox 4 UI Fixer is an addon for Firefox 4 that lets you make some interesting changes to the browser, particularly revert some of the modification that the Mozilla team introduced with version 4. 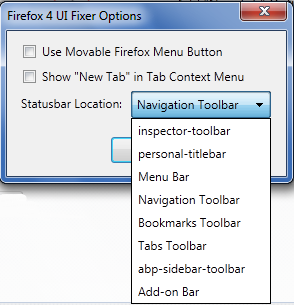 In the screenshot below you can see both the Firefox menu and the page title. 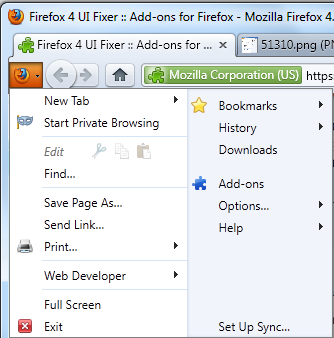 3. Add "New Tab" option to Tab Context Menu. The ability to create New Tab from the tab context menu was mysteriously removed from Firefox 4. Now this option is back. 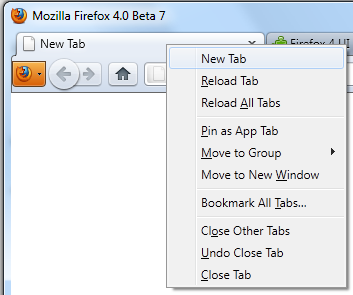