Microsoft Mathematics 4.0, formerly called Microsoft Math, is an educational program that allows users to solve problems in math, algebra, trigonometry, calculus and different branches of science such as physics and chemistry. Previous version of Microsoft Math had to be purchased and required product activation. With the latest release, Microsoft has made one of the most beloved math software free of charge. 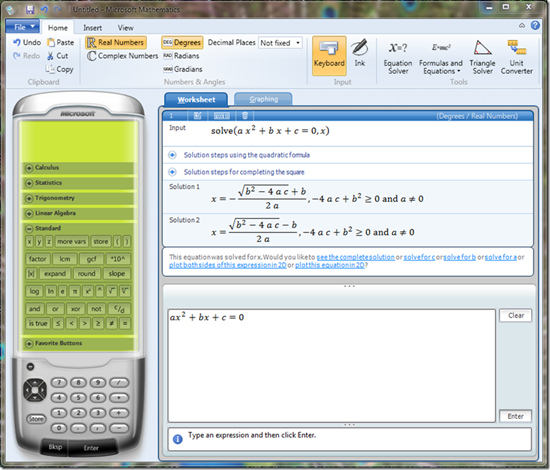 Microsoft Mathematics contains features that are designed to assist in solving math, science, and tech-related problems, as well as to educate the user. The application features such tools as a graphing calculator capable of plotting both in 2D and 3D and a unit converter. It also includes a triangle solver, and an equation solver that provides step-by-step solutions to each problem, a feature beneficial to students attempting to learn problem-solving skills.