BabelMap is a comprehensive, free character map application for Windows that allows you to browse through the entire Unicode character repertoire of nearly 110,000 characters, or search for a particular character by name or by code point. Characters can then be copied to the clipboard for use in any Unicode-supported application. It also provides many useful features and special utilities such as hex to decimal to HTML converter, font lookup, character information and so on. BabelMap supports the most recent version of the Unicode Standard, currently Unicode 6.0. 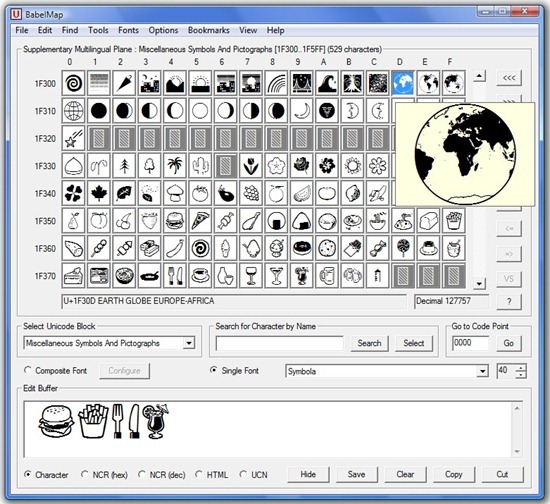 The Unicode Character Grid in BabelMap shows all 109,449 assigned characters and 137,468 private use characters in Unicode 5.2. The Unicode block selection menu lets you view characters by specific blocks such as mathematical characters or musical symbols or Arabic character set. When you select a character, it becomes available in the Edit Buffer from where it can be copied to any text program. Here you can change the character to its Hex or UCN or HTML equivalent. 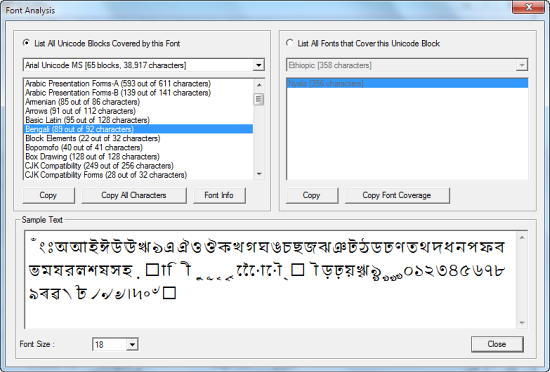 Furthermore, BabelMap includes a number of utilities that may be accessed from the menu or by means of function keys: