The Cloud Connect Office plugin that Google released a while ago, might have received praise from certain section of users but it seems that not everybody is impressed.

In a blog post, Microsoft highlighted a number of issues users can run into and various limitation of Google Cloud Connect. The most serious of them is data loss. 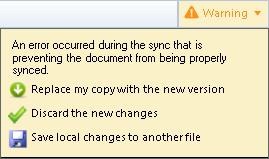 Microsoft warns that using Google Cloud Connect can lead to data loss when more than one users are simultaneous editing a document. A commenter on the blog post confirms, “The data loss problem is very real if you use manual sync. I found the hard way that for any document you really want to collaborate on, you have to set up automatic sync for that document. Otherwise, users can make the wrong choice easily. The most maddening thing is when the sync conflict comes up, the option to drop your changes is the default.”

ArsTechnica has more to say about the syncing and data loss problem, “Sometimes one document would simply fail to sync, being permanently broken until a fresh copy was reopened from the server. Other times it would sync and merge the edits together. The most common result was that one set of edits would end up clobbering the other, with the winner picked apparently at random. Without careful coordination, data loss seems inevitable.”

Microsoft says that the lack of support that Google Cloud Connect has for specific Office features and functionality, is another big drawback saying that users will have to sacrifice core Office functionality, such as Track Changes and conditional formatting, sort settings, table styles, slide transitions, sounds, print settings and others.

Microsoft put up a comparison showing how documents lose formatting when synced with Google Cloud Connect. 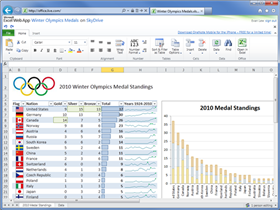 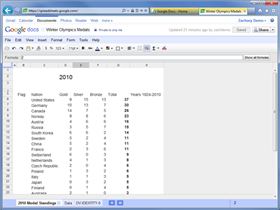 “And to top it all off, when you decided to edit this file in the browser, Google Docs actually had to create a second version of the file (a Google Docs version), so the original is still an Excel file, and now you’ve got this poorly formatted Google Docs version to reconcile, too”, writes Jennifer Kensok, product manager of Microsoft Office.

“It [Google] doesn’t really make this clear,” complains ArsTechnica, “if you tell it to edit an Office document rather than, say, telling you that it can’t, it just quietly converts the document to a native Google Docs file, and lets you edit that. This means that your edits are now divorced from the original file—there’s no provision to merge them back to the Office document.”

Finally Microsoft brings up a security issue with Google Cloud Connect. “When automatic syncing is turned on, all Office files that are opened and saved are automatically synced with your Google Docs list which is stored on Google’s servers. Unless you change the default setting, anyone in your domain can find and access your document.”

The only real benefit of using Google Cloud Connect, at present, is for customers using Microsoft Word 2007 and earlier versions where integration with Office Web Apps is not available. Google Cloud Connect can be installed on most versions of Office 2003, 2007 and 2010. Microsoft however points to Document Workspaces for Office 2003 and Shared Workbooks, and Word 2002 Compare and Merge as alternative.