Recently an early build of Windows 8 (build 7850) leaked to the web. While this build is from Milestone 1, an early compilation of the OS dating back to September 2010, there is still a lot under the hood for the users to discover. Users, particularly at the mydigitallife forums have been digging around the build and have come across several new features such as the portable workspace, push notification and a webcam tool. Meanwhile, a blogger at Softpedia has discovered that the Disk Cleanup utility has been vastly improved.

As evident from the released screenshots, the Disk Cleanup tool in Windows 8 is a dramatic improvement from that found on Windows 7, which is basically the same one on Windows XP. 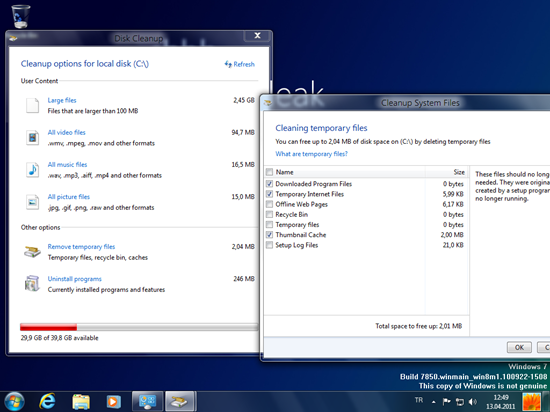 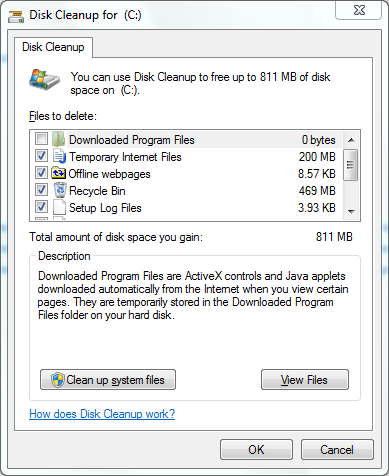 Windows 8’s Disk Cleanup appears to be capable of detecting user files by type – music, movies, pictures – and by file size. This will allow users to quickly zero in on the files that are hogging the most disk space. Although the features appear to be rudimentary in nature it is still a welcome change, and a change definitely in the right direction.

Hopefully Microsoft will include more and more out of the box feature in Windows 8 and in future releases to reduce dependency on third party tools.