Recently, Microsoft released a Camera Codec Pack for Windows 7 and Windows Vista that enabled users of these operating system preview thumbnails of RAW images from 120 DSLR cameras directly in Windows Explorer. Users also have the choice to install third party image codecs such as the FastPictureViewer WIC RAW Codec Pack that supports over 300 camera models. While these codec packs take care of RAW, there are still a large number of image file formats that are still not natively supported by Windows Explorer. Such as the popular PSD and TIFF. 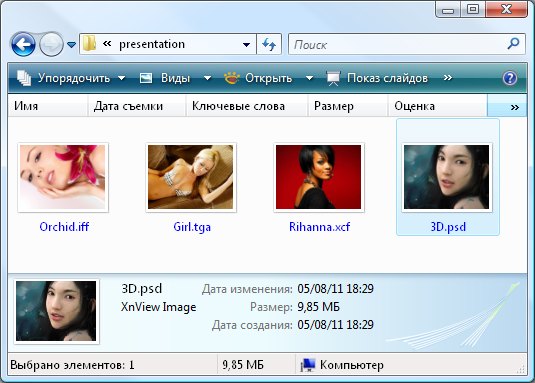 As SageThimbs is a Windows Explorer context menu extension, there is no an executable file that you should launch to bring it up. To use it, just open any folder with image files in Windows Explorer, and change the view to icons. You should see thumbnails of all supported images right there. 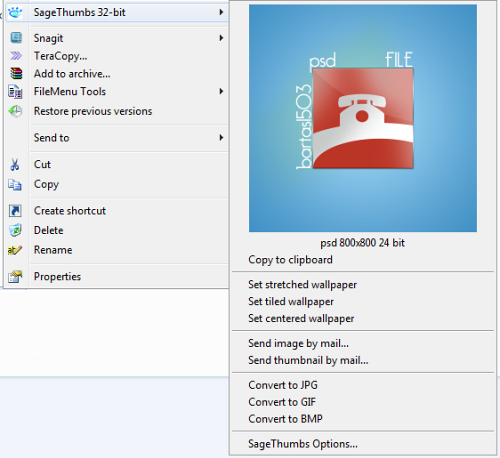 You can also right-click a file and see the thumbnail immediately in the context menu. From here you can set the image as wallpaper with options to stretch, tile and center wallpaper. You can also carry quick conversions to JPEG, PNG and BMP which are just one-click affair.