"Portability" has long been an important goal in the world of computers. ENIAC, generally considered the world’s first computer, weighed 27 tons and took up 1800 square feet of space. It’s hard to say whether or not the developers expected or hoped that all that computing power would ever fit in the palm of one’s hand, but since that time (1946, to be exact), developers’ dreams of creating "personal computers" led to machines that have been getting smaller, while functionality has been skyrocketing. This is all obvious though, as it’s likely that you’re reading this on a laptop right now anyway. But how did we get from that massive computer to something that we can easily slip in a backpack? And what’s the overall staying power of a laptop anyway? Aren’t people just going to be using phones and tablets in the future? Well, first let’s take a look at…

How We Got Here 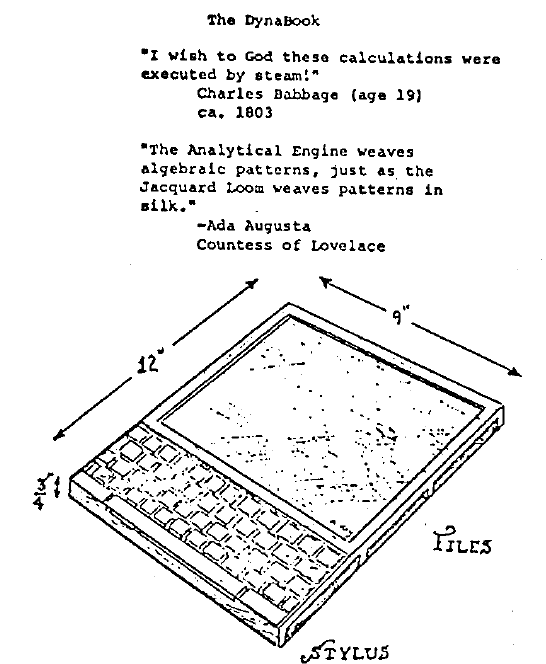 Arguably, the first idea for a laptop came from Alan Kay in 1968. His "Dynabook" concept involved a small, thin computer that children could use to access digital media. Its application would be mostly educational, but the design was also inspired by the military’s need to eliminate the constant transportation of large numbers of documents. Even with the current popularization of tablet computers, Alan Kay still believes that the Dynabook has not truly been realized yet; however, his original design helped pave the way for many computers to come. (Also see, First laptop discovered in 1937 Flash Gordon comics) 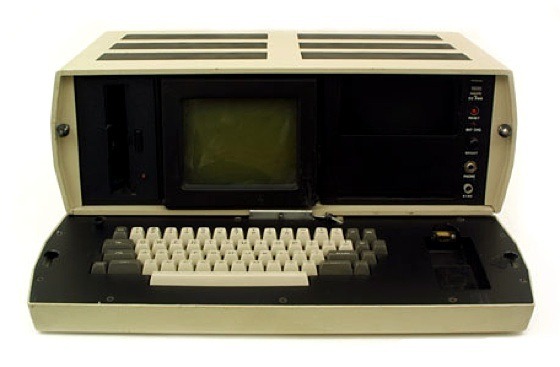 The next important step in laptop design was the Xerox NoteTaker. Developed in 1976, this was truly the first portable computer ever made. However, only 10 prototypes were ever built. The world wouldn’t see a widely available portable computer until the… 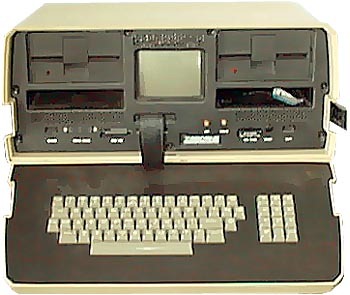 Osbourne 1 in 1981. Despite it weighing over 20 pounds, costing over $1700, having a tiny 5-inch screen, and employing impractical floppy disk drives, it became the first successful portable computer. Sales of this machine peaked at around 10,000 per month. The plastic case could be closed up and carried around with a handle (although one of the designers, Lee Felsenstein, admitted that carrying two machines for four blocks nearly "pulled his arms out of his sockets.") It came with word processing software, database software, spreadsheet software, and two games. It also made use of then-popular CP/M operating system. 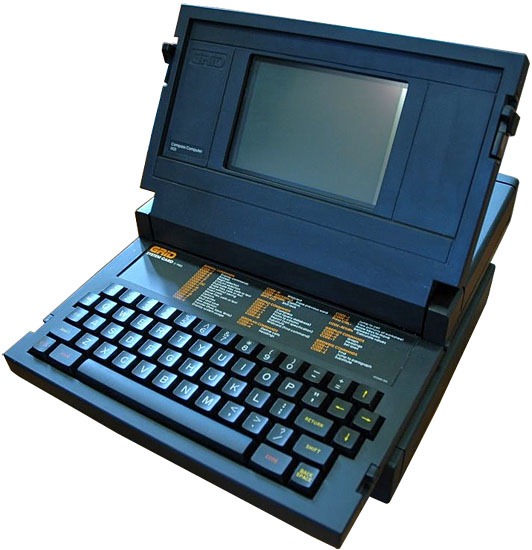 The now-familiar clamshell design was first introduced by Bill Moggridge in 1982, with the release of the GRiD Compass. Because of this design, this computer may be called the first "true laptop." It wasn’t used heavily in the public sector because of its price ($8,000-$10,000), but it was used extensively by NASA and the military. 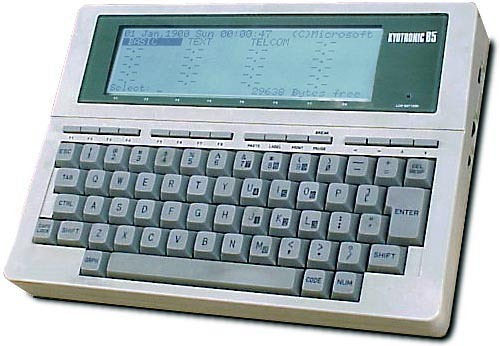 1983 saw the release of the Kyotronic 85, which ran on AA batteries. More importantly, though, it had a text editor, a BASIC interpreter, and a terminal program – all designed by a young burgeoning company known as Microsoft. It also contained an internal modem – a huge breakthrough in the early 80s. 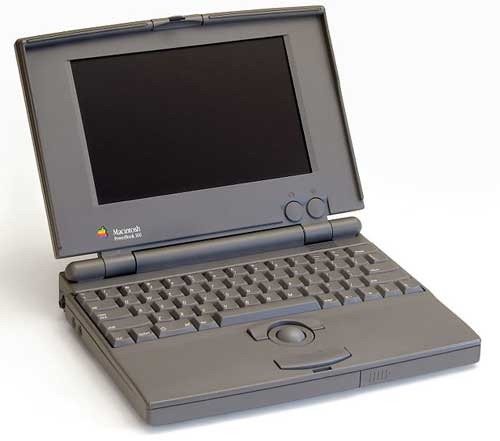 Between 1983 and 1991, developments such as backlit LCD screens, NiCd battery packs, Intel processors and larger hard disk drives were added. Many of these developments were a result of the U.S. Air Force creating a Request For Proposal for laptops – the contract was won by Zenith Data Systems, which became one of the largest suppliers of laptops in the late 80s. However, it wasn’t until Apple’s Powerbook was released in 1991 that truly modern things – such as palm rests and a pointing device – came into play.

Throughout the 1990s and up until the present, laptops saw improvements in every category: processors went from 80286 to Intel 386SL, displays went from two colors to active matrix liquid crystal display, batteries went from lead-acid to lithium polymer, floppy disk memory expanded into large hard disks for storage, and internal modems developed into Wi-Fi adapters, 3G, and even clear 4g capability.

A recent Boingo survey showed that tablets and phones now comprise the majority of devices that are used to access Wi-Fi in airports. Mobile devices only passed the 50% mark in February, but they comprised 58.9% of devices already in June. On the other hand, the study also found that laptop usage has doubles in the past five years. So, while phones and tablets are indeed becoming the most popular portable computers, laptops aren’t necessarily going anywhere.

What new laptop features can we expect in the future? It’s always difficult to predict where technology will go, but there are some cool features that we might see in the next five years.

Of course, we’ll also see hardware upgrades. In the next five years, it’s possible that we could move beyond dual-core processors into laptops that have six or even eight computational cores. The CPU front-side bus may also be replaced by a faster integrated controller. A typical laptop in 2016 could come standard with a two-terabyte hard disk and LED technology in the screen. Also, while laptops may always be hindered by a limited battery life, your battery should start lasting quite a bit longer. Researchers are even starting to integrate solar panels in order to increase a battery’s longevity.

Laptops have come an incredibly long way since the days of handle-toted, 20-lb. behemoths that only stored info on floppy disks. On the other hand, they’ve only really been around for roughly 30 years. Who knows – maybe 30 years from now, we’ll have something approaching the Star Trek computer.

This guest article is written by Rachel Carlson, who is a writer and student working from home. While she spends a lot of her time writing, she also helps different companies like Clear Wireless with gaining exposure through various blogs and websites. She can be followed on Twitter at @carlson_rachel.