Have you seen the International Space Station with the naked eye? When the ISS is at its perigee (closest to earth) and its magnificent solar panels fully lit by sunlight, it appears as a bright star, steadily moving across the sky. When fully lit, the ISS is the second brightest object in the night sky brighter than Jupiter and Venus. At other times it appears as a moderately bright star.

The ISS makes 18 revolutions around the planet in 24 hours passing over any place on earth at least once each day. There are several online resources that lets you calculate in advance the exact time when the International Space Station is visible in the sky of the observer. ISS Detector is one that is designed to run on Android devices.

ISSDetector is an easy to use automatic personal ISS tracker. The app can be configured to notify you through alarms and notification bar icons before the ISS appears in the sky, up to 15 minutes in advance. ISSDetector can even track the bright flashes of the Iridium communication satellites. 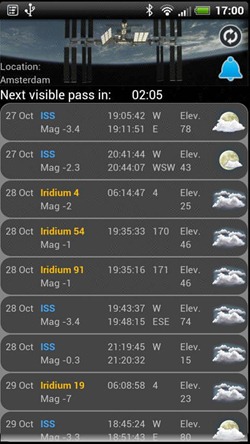 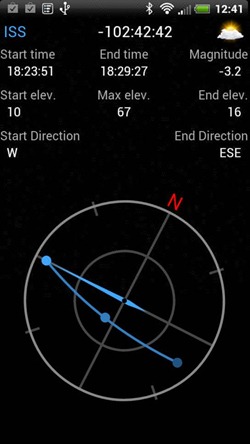 After ISSDetector detects your location through GPS, it will download tracking data from NASA and Heavens-above.com and display a list of dates along with the time when the ISS or Iridium satellites are visible. Touching an item displays details about each pass including start and end time of the event, start elevation, end elevation and maximum elevation, apparent magnitude of the space station, as well as a radar screen indicating the direction of the path.

Additionally, ISSDetector will retrieve weather forecast of the observation place to give you an idea whether there is a possibility of sighting. Look out for the cloud icons.

An appealing feature of ISSDetector is that it retains the downloaded information on the phone, so that the next time you open the app you don’t need to be connected to the Internet, unless you are at a different location. In that case, gently touch the refresh icon to download new data.

Download ISSDetector from the Market or by scanning the QRCode below with your phone. 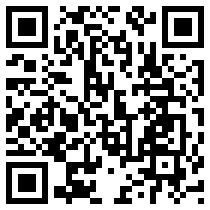