At the 2012 Consumer Electronic Show, BlueStacks revealed a functional demo that runs Android apps seamlessly on Windows 8 Metro UI. The company debuted BlueStacks App Player for Windows 7 in October last year, but the application is now compatible with Windows 8. Unlike in Windows 7, where Android apps ran from a separate launcher, in Windows 8 they will run as desktop apps as if they are native Windows application. And suddenly, even before development of Metro apps have started, you have over 400,000 Android apps ready to run on Windows 8’s much touted Metro UI. 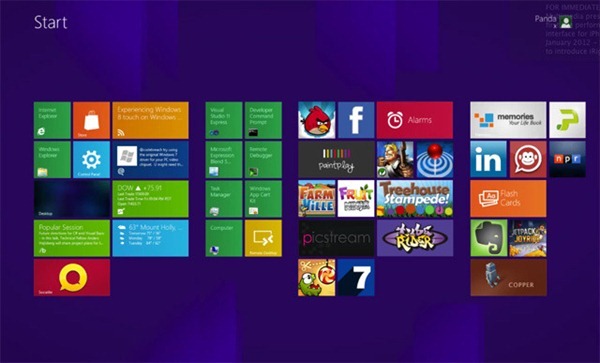 "The Metro UI is beautiful, but the number one thing Windows 8 is missing is apps," said BlueStacks CEO Rosen Sharma. "This changes all that." BlueStacks claimed in the press release for the announcement that its software "makes creating mobile apps for the Windows 8 platform unnecessary,"

BlueStacks is also working with some PC manufacturers to pre-load the App Player on devices. Some of the names that came up include AMD, which has BlueStacks available for hands-on demos on computers at its CES booth; Hewlett-Packard, which will be providing the software on its All-in-One PCs; and InHon, a Taiwanese newcomer to the PC marketplace that will be releasing a carbon-fiber ultrabook line in March 2012. InHon will include BlueStacks on its upcoming Windows 7 line, as well as its Windows 8 computers when they come out later in 2012.

BlueStacks is planning to release a beta copy of the software in February, around the same time that Microsoft opens up its Windows Store for Windows 8.