Tumblr is a popular micro-blogging platform and social networking website suitable for short blog posts. Most Tumblr users use Tumblr blogs, called a "tumblelog”, to post multimedia content. Because it’s okay to post only images without any textual content on a tumblelog, this blogging platform is popular among photographers, artist, graphic designers and creators of different types of multimedia content. You can follow any Tumblr blog via RSS feeds, but if you wish to download and save images to your computer, you’ll have to use one of the following tools.

DownloadTumblr is a free, portable and open source tool that allows you to download as many images you want from Tumblr blogs. Simply enter the name of the Tumblr blog and the number of pages you want the program to parse, and then click on the “Scan for pics” button. The program will list the URL of all images found, and on your action download them to the directory of your choice. The only drawback is that you can’t preview the images before downloading. 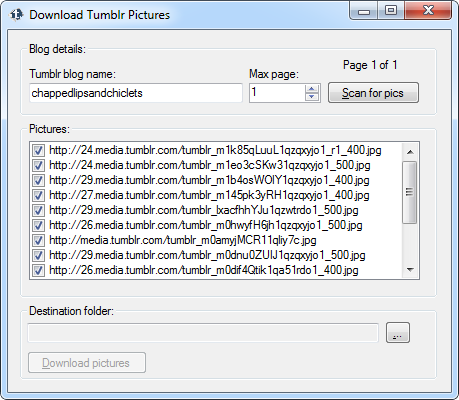 Gettumblrpic is another free, portable and open source program that looks similar to DownloadTumblr. Gettumblrpic too lets you enter the name of the Tumblr blog and the number of pages to scan. However, instead of actually downloading the images it only returns the URL of the images found. It’s your job to download them whatever way you prefer. The links are automatically saved to a text file within the program directory. 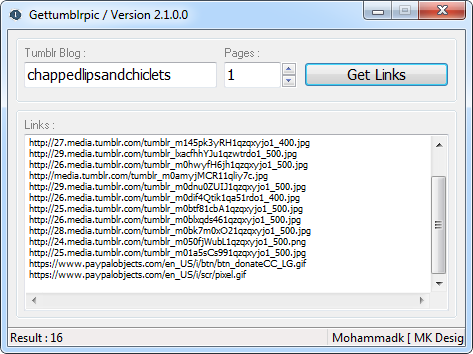 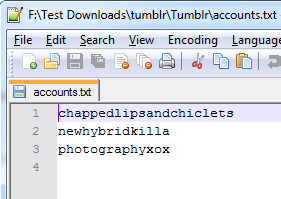 This Article Has 13 Comments