After the release of Windows Vista, development of the program was abandoned and replaced by Windows Live Movie Maker as a part of Windows Live Essentials. It does not have the same features as Windows Movie Maker – in many ways the new version is inferior to the original program. It’s doesn’t have the timeline, for instance. It’s a shame that Microsoft maimed such a good software. And when that happens, people start looking for alternatives.

There is no shortage of capable of video editing programs, and most of them are vastly powerful than Windows Movie Maker. But video editing software are usually complicated programs. With software such as Jahshaka and Lightworks, you get Hollywood type abilities but miss out on simplicity. Just navigating the various menus and buttons on these programs is a chore.

Wondershare Video Editor, on the other hand, is refreshingly different. It has a simple interface with simple functions and just the right amount of goodies to produce the perfect home video.

Run Wondershare Video Editor and choose an aspect ratio between 16:9 or 4:3, and the main interface will load. Click "Import" to select videos, audio and photos from your computer, or click "Record" to capture videos with a connected capturing device. You can also batch drag and drop files into the editor. 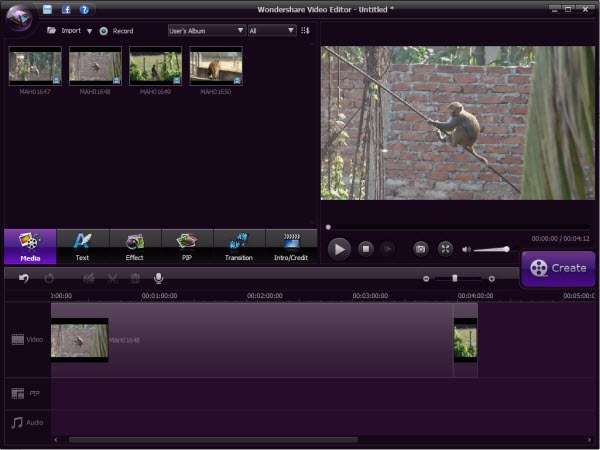 To make a new video, drag media files from your Album to the Timeline at bottom. You can drag and drop as many video clips as you want to the timeline and stitch them together to produce a single long video. For background music, you can drag a music file and drop it into the timeline.

Now here is an interesting feature: if you drag a video and drop it over an existing video on the timeline, the first video will automatically split to accommodate the second video in between. Video trimming can be done right on the timeline itself. Simply grab one end of the video and drag it left or right to trim the ends.

In the timeline, you can cut, copy, paste and delete any clip any time you want. All the editing can be previewed in real-time. You can change each video clip’s contrast, brightness, hue, saturation and gamma individually. Other editing tools include Crop, Rotate (Flip), Adjust and Speed (Fast and Slow Motion), while Audio tools include Volume, Fade in/out, and Effect (Voice change). 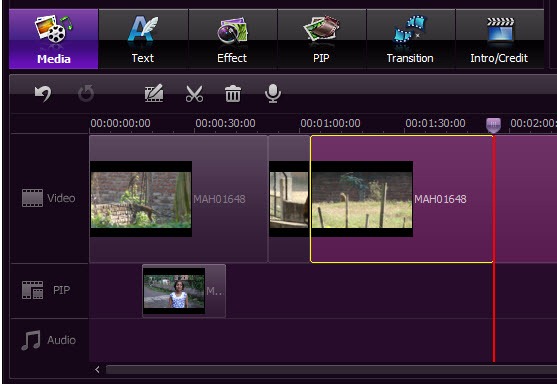 To add titles, effects and intro/credit to your movie, just switch to Text, Effect or Intro/Credit tab, and then drag and drop an item to the Timeline. You can double click the added item to make changes. On Timeline, you can easily move added items and adjust the duration by dragging. You can also add transitions between your video or photo clips from the Transition tab. 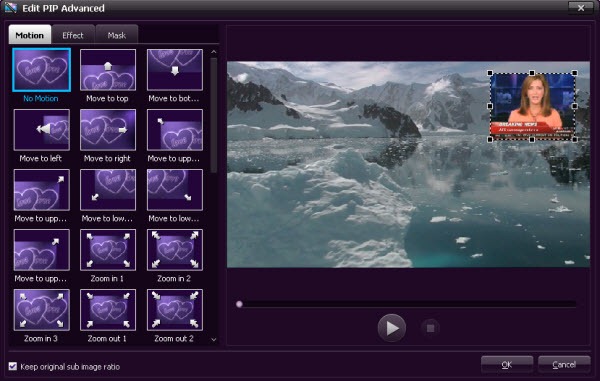 Once you are done with editing, it’s time to save your video. For this Wondershare Video Editor offers plenty of options. You can either choose a video format such as AVI, WMV, MOV, FLV, MP4, MKV, MPEG, etc., or choose a device from iPhone 4, iPad, iPod touch, PSP, Wii, Creative, etc. to get the optimized videos for your devices. You can save the video to your hard disk or burn it into a DVD. You can also directly upload the finished video to YouTube

We have 8 licenses for Wondershare Video Editor priced at $35 each. Those who are interested in entering the giveaway contest, just leave your name and email ID in the form below. Winners will be selected by a random draw. The contest closes on 24 March, 2012.

Additionally, Wondershare is organizing a Spring Break promotion where you can win 20 copies of the Video Editor and the grand prize of the new iPad. To enter the contest participants will be required to upload 1 or 2 of their most memorable pictures, and write a sentence or two about their trip and what made the trip great. Entries which receive the most number of votes will be chosen the winner. The contest starts from March 12th and April 16th, 2012. More information at the promotion page.