Over the last few decades, technology in general and computing in particular have developed at a tremendous pace. Computers have shrunk from room sized behemoths to something you can slip into your trouser pocket. Yes, the cell phone is a computer too and with the recent development in state-of-the-art mobile operating system such as Android and iOS, the line dividing computers and cell phones is increasingly becoming blurred.

The price is dropping fast too, but not fast enough. Several organization tried unsuccessfully to produce inexpensive notebook computers. The One Laptop per Child (OLPC) is a notable example. The goal of the project was to produce laptops that students of developing countries could afford. Initially the price was fixed at $100, but the manufacturers were unable to keep costs down and when the OLPC laptop finally went on sale in 2007, it cost twice as much.

Then in early 2011 out of the blue, a UK based organization announced a tiny computer with a tiny price tag – Raspberry Pi. This diminutive credit card sized computer is capable of anything that a desktop PC can do, including outputting HD graphics through an HDMI connection. Because Raspberry Pi doesn’t include expensive peripherals such as display, it costs just $25 or $35, depending on which model you buy.

Within a year of the Raspberry Pi announcement several more computers identical in size and performance have either been released or announced. Some of them even have a competitive price tag. Today, if you want to buy an ultra portable computer and you have just $100 in your wallet you have three choices. 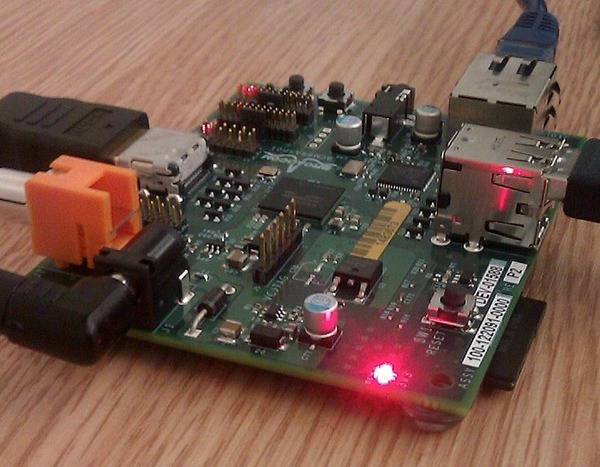 Both models are based on the Broadcom BCM2835 System on a Chip (SoC), which includes an ARM 11 700Mhz processor, a Broadcom VideoCore IV GPU capable of outputting at 1080p while running games like Quake 3, HDMI and VGA connectors and 3.5mm audio jack. There is no onboard storage, instead, it comes with a microSD slot. The Raspberry Pi runs on a special version of Fedora Linux.

Early this week, the Raspberry Pi foundation showed off an experimental camera module that is designed to plug into the Raspberry Pi board. The prototype version of the camera has a 14-megapixel optical sensor, but the foundation says that the final version might be less powerful in order to keep the price down. They haven’t said yet how much it will cost to purchase. 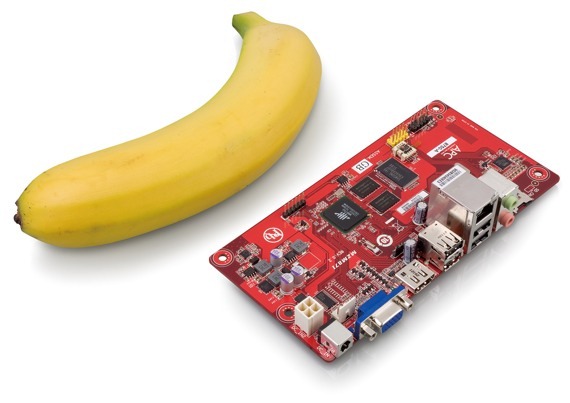 The recently launched Android PC System (APC) by Taiwanese hardware manufacturer VIA includes a VIA WonderMedia ARM 11 system on a chip which is equipped with an 800MHZ processor, 512MB of DDR3 RAM, 2GB of flash storage, VGA and HDMI video outputs, speaker and microphone jacks, a microSD slot, an Ethernet port, and four USB ports. It also reportedly supports hardware-accelerated video decoding up to 720p. According to VIA, the board consumes only 4 watts when idle and 13.5 watts under maximum load.

The computer is loaded with a version of Android 2.3 optimized for keyboard and mouse input. Like Raspberry Pi, the VIA APC will ship as a bare board without a case.

At $49 a piece, the APC has more USB ports and twice as much RAM as the Raspberry Pi and also runs marginally faster.

The MK802 has an AllWinner A10 single-core 1.5GHz ARM processor, a Mali 400 GPU, 512MB of DDR3 RAM and 4GB of onboard storage. An HDMI port on the exterior allows users to plug the computer into a high definition display. It outputs at 1080p and is said to be capable of playing high-definition video. The device also has a full-sized USB port with host support for input devices, a conventional micro-USB port, a microSD slot, and an internal 802.11 b/g WiFi antenna. The $74 computer runs Android 4.0 but the device might not be compatible with Google Android Market (Play), in which case you have to rely on third-party marketplace like the Amazon Appstore.

Among the three contenders, the MK802 is the most powerful and gets you the most bang for the bucks. The AllWinner A10 processor is almost 3 times as fast as the ARM 11 700Mhz processor used by Raspberry Pi. Also the MK802 has twice as much RAM as the Raspberry Pi.

The VIA APC is positioned at a sweet spot between the two. The processor of APC and that of Raspberry Pi is comparable in performance but the extra RAM on APC will allow more head room for programs resulting in smoother performance. However, if you are intending to build an HTPC, you should look elsewhere because APC is incapable of 1080p video output.

The Raspberry Pi wins on price but with thousands of customers in queue you have to wait for months before you can get your hands on it.