Google Play, the premier destination for Android apps, recently clocked 25 billion downloads and to celebrate this milestone the Mountain View company has announced a promotion on Tuesday. During the next 5 days, Google will offer a selection of apps for just 25 cents a piece.

Every day you’ll be able to choose from a collection of apps from some of the world’s top developers including Gameloft, Electronic Arts, Rovio, runtastic, Full Fat and more. And all for just 25 cents. We’ll also be offering some special collections like 25 movies you must own, 25 banned books, 25 albums that changed the world and our 25 top selling magazines, all at special prices. 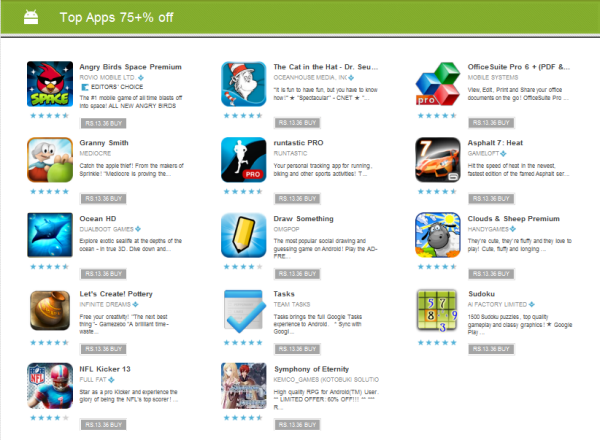 Google is likely to offer a fresh collection of apps tomorrow and another round the next day and so on for the next 5 days, like they did during their 10 cents promotion organized to celebrate 10 billion downloads last December, although many apps were repeated during the last few days.

It took Google more than 3 years to score 10 billion downloads. The last 15 billion came in just 9 months. The next 25 billion will probably come sooner, but will the promotion get any more attractive?