Windows 8 is the most controversial release from Microsoft ever, one that has left people lost and disappointed like never before in the entire history of the operating system. As with all new releases, there are users who hate the OS – they hate the modern interface, the start screen, the apps, the touch thing. They complain the lack of start menu, the loss of Aero and the general inability to get anything done without being constantly interrupted by the start screen. At the other end, are those who adore Windows 8 – they love everything about the modern interface, and would rave about it to anyone who would listen.

Between these two extremist are a confused third kind who cannot make up their mind whether to love Windows 8 or hate it. They like what the classic desktop has to offer – the snappy response, the improved explorer and file copy operations, and the all the new features. They also like modern apps. But they see the classic desktop and the Modern interface as two different environments that can’t coexist.

Ever since Windows 8 was made public, users have been trying to tame the beast through tweaks, customization and hacks using third-party tools. There is one category of applications that wants to get rid of the modern interface, and another that hopes to reconcile it with the classic desktop. Classic Shell, Stardock Start8, ViStart and the scores of Windows 7-esque start menu software fall under the former. Stardock ModernMix, Start Charming and ImmersiveTaille fall under the later.

Last week saw the release of a new software from Stardock that enabled modern apps to be run on the desktop in a window. Apps could be minimized, maximized and properly closed. Windows could be dragged around the desktop and positioned at will, and most importantly, multiple modern apps could be run simultaneously. Managing modern apps was never easier.

Start Charming is a software that takes Windows 8’s new start screen and puts it in the desktop, no longer full screen, but in a reduced size. The desktop is still visible behind and so is the taskbar. A start button is added to the taskbar that allows the start screen to be opened. 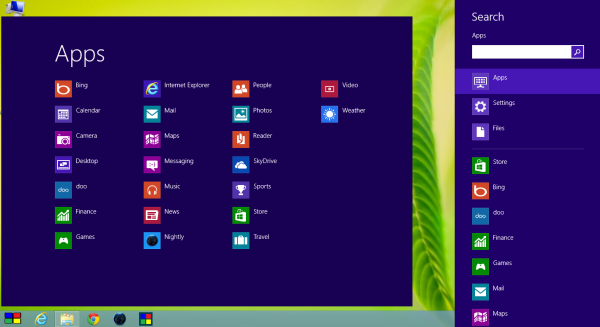 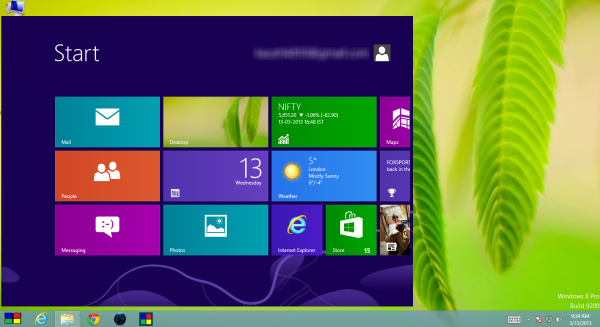 The start screen displays small tiles for all apps. Scrolling the screen horizontally reveals additional tiles for Windows accessories and other Windows system tools. A disjointed sidebar appears on the right side of the screen where you can search for apps. You can also directly start typing on the start screen to search.

ImmersiveTaille is another software that has a different take on it. Instead of showing the start screen as a floating menu, it docks it to one of the four edges of the screen. You can decide which edge you want the screen to appear. Additionally, you can configure the width and height of the start screen and it’s absolute position on the monitor. The dock occupies about 1/3rd of the screen, by default, so your work isn’t interrupted when you access the start screen. 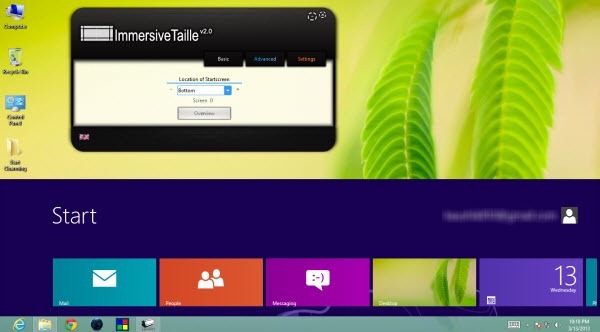 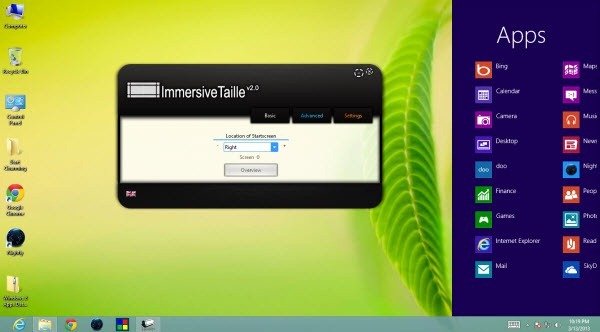 Software such as these help users adapt to the radical changes brought in by Windows 8 by making the transition easier, smoother and at a pace that can be controlled by the user. It allows users to test the waters, and get comfortable with the new design. And who knows, the initial dislike might even turn into approval.