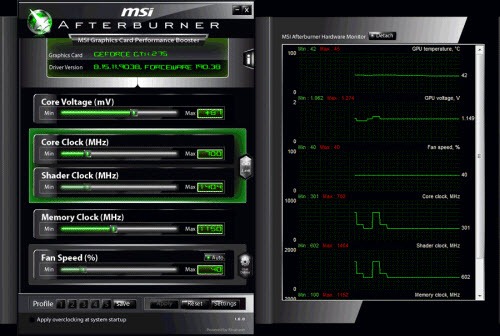 Using MSI Afterburner you can easily adjust the video cards Core voltage, Core clock, Shader clock, Memory clock and fan speed. All the adjustments can be saved as 5 profiles, allowing users to quickly switch from one setting to another with hotkeys.