The space shuttle Endeavor took off yesterday morning on its final mission to the International Space Station. When Endeavor touches down at the Kennedy Space Center on June 1, it will be the final time the 19 year-old vehicle will ever return to earth. With just one more mission to go – the Atlantis, before NASA wraps up the space shuttle program, every mission on the last leg of the shuttle program has been historic.

To allow space enthusiast to enliven these last moments, Google and NASA has teamed up to bring Endeavor’s final mission in real-time to Google Earth. To track the progress of the space shuttle one needs to download the live groundtrack file and open it in Google Earth. Simply double clicking on the downloaded file will launch it in Google Earth. 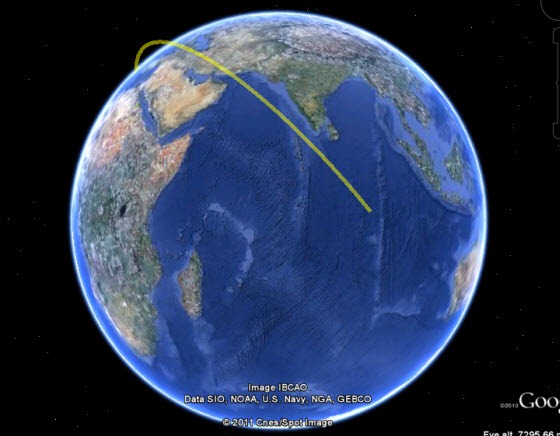 The KMZ file uses live data from Mission Control to plot the current location of Endeavor in relation to the Earth. The space shuttle trajectory – the path that the vehicle flies – is shown as a yellow line. It represents the path that the shuttle has flown so far. Mission events such as solid rocket booster separation, main engine cut-off and external tank separation are shown as colored dots on the yellow line when and where they occurred. Clicking on these dots launches a pop-up balloon with additional details about the event. Other information displayed by plug-in includes speed milestones, altitude milestones and landing events. 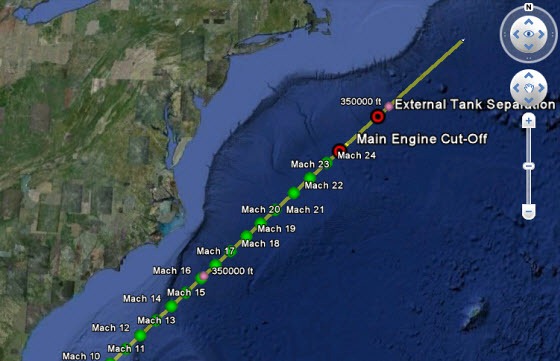 The plug-in accurately plots the shuttle’s position with respect to the earth, but not the vehicle’s orientation. “In this current beta version, the space shuttle 3D model is aligned with the velocity direction. This isn’t completely correct (especially during orbit and entry), but it helps to show the direction that the vehicle is heading,” wrote NASA in their website.

The plug-in offers two viewing modes: Auto-Follow that automatically moves with the shuttle and Manual Control that lets the user control the view within Google Earth.