Many services based on the entertainment industry, viz. the music and movies, are geographically restricted because of licensing issues. The video streaming service Hulu, movies on demand service NetFlix and Internet radio service Pandora, for example, are available only within the United States. Similarly, BBC iPlayer and Channel 4 are only for the U.K. audience. But the global Internet population couldn’t be easily kept away from such treasures. Many Internet users are getting around the geo-location block using proxy, and VPN services in particular.

A large number of VPN providers have sprung up in a short period of time to meet demands. Unfortunately, they are all paid services and for students and for those without a regular paycheck, even $5 a month is expensive. Besides, they’re are already paying for Internet connectivity. Free VPN services are available but they are always subject to abuse because of which they either become slow, restrictive or shut down entirely. 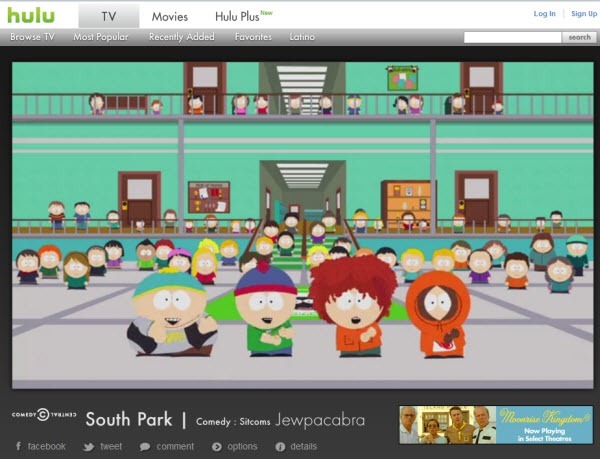 Recently, a new free service called Tunlr has emerged that allows users to access services blocked outside the United States. But Tunlr does not provide VPN service. It is a DNS unblocking service that uses a combination of a DNS server and a collection of proxies in various countries to go around the geographical block. The user simply change their DNS servers to those provided by Tunlr. After doing this, they are able to bypass the block and access Hulu, Netflix, Pandora and any of the supported services.

Unlike VPN, where the content is routed through the VPN servers, with Tunlr users are able to stream directly from the blocked service with no intermediary servers in between. Besides, Tunlr is free.

Tunlr can unblock the following services:

Tunlr uses two main components – a DNS server and a collection of proxies located in different countries. When your computer sends a DNS query for a blocked website, for example, hulu.com, instead Hulu’s real IP address, the Tunlr DNS server returns the IP addresses of a proxy server operated by Tunlr in the US.

Once the IP address check is passed, and your connection established, Tunlr re-introduces your true IP address into the data stream so that the video content is streamed directly to your computer and not through Tunlr’s proxy server.

In order not to overwhelm their DNS servers with request, Tunlr strongly recommends that you switch to their DNS servers only when required to access the blocked services. You can do this easily using tools such as Public DNS Server Tool or DNS Changer. If you are using an alternative router firmware such as DD-WRT and Tomato, it is also possible to use Tunlr DNS for only the supported sites and use ISP’s for all other sites.

Unfortunately, many people are using their DNS servers in a permanent fashion, which forced Tunlr to introduce restrictive measures. Tunlr wrote in their blog.

Since too many users are using our DNS servers in a permanent fashion, we have to introduce some form of traffic shaping in order to make the permanent use of our DNS servers less attractive with the ultimate goal to keep Tunlr a free service. We’re going to implement artificial response delays and tighten the existing request rate-limiters on our DNS servers. This is going to slow down internet surfing a lot (!) for anyone who’s permanently using Tunlr’s DNS servers.

And from their FAQ:

We’re not aiming to provide a professional 24/7 service. Tunlr is up when it’s up, and is down when it’s down.

If you want to use Tunlr, please pay heed to their request otherwise you are going to kill an amazing free service.