Ever since VLC Media Player removed Shoutcast streams from the player I’ve stopped listening to Shoutcast stations. Shoutcast was one of my favorite destination for Internet radio, and it was the only time I used VLC Media Player to play music. At first, I tried to manually download station playlist from Shoutcast but the website was such a mess. Besides, it was troublesome to switch station. Finally, I moved to Icecast and Jamendo that are natively supported by Clementine, my current music player of choice. If you are like me and want to get back to Shoutcast in an easy way, take a look at Shoutcast Explorer.

Shoutcast Explorer is a small open source browser for shoutcast radios stations. You can use it to browse and find radio stations by genre, download radio station playlists and open them with default program associated with it. Simply choose a genre from hundreds that are on offer from the drop-down list on the top-right and Shoutcast Explorer will show you list of stations that are available under that genre. By default, the program shows the top 50 stations but you see up to 500. 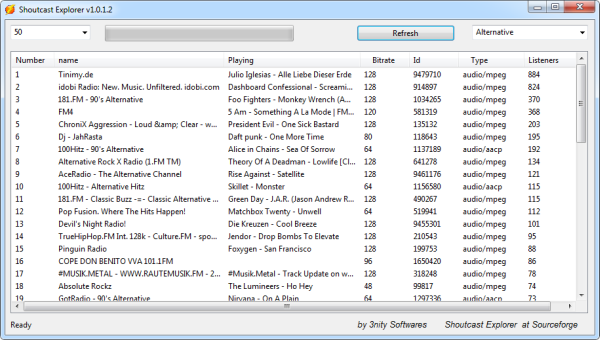 For each station, you can see the song title currently playing, the bitrate of the station, and number of listeners. To play a station, just double click on it and it will immediately start playing in your default music player. Since my default radio station playlist handler is VLC Media Player, it was almost as if Shoutcast had been brought back to VLC – the transition was seamless. Once a station starts playing, you can close Shoutcast Explorer. 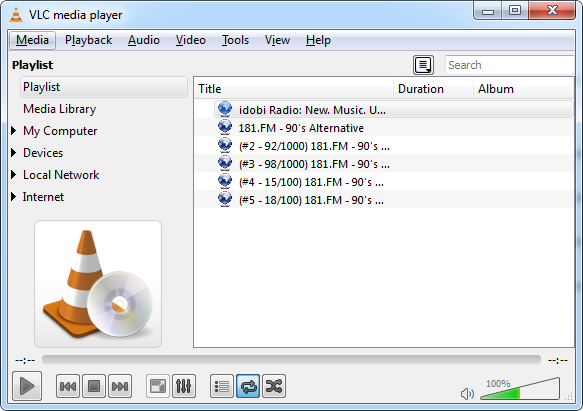 To switch station, double click on another radio station in Shoutcast Explorer and it gets added to your media player’s playlist. At any time you can return back to any of the stations you played previously by choosing the station from the playlist. You can create a playlist of your favorite Shoutcast stations and then save this playlist for later. You won’t even need to bring up Shoutcast Explorer again, unless you want to add new radio stations.