Keyboard shortcuts are possibly the fastest way to interact with a computer, but that might not hold true for all scenarios, especially since most user interfaces are designed to be used with a mouse. Indeed, some programs don’t even have keyboard shortcuts associated with all its actions. While I haven’t seen anyone without a mice close at hand, if not in hand, the mouse could be broken or the battery could be dead and you might not have a spare one close by.

We know its not the end of the world – you can use the touch screen of your Android phone as a mouse or even your gamepad, if you want. Then there is always the keyboard. Years ago I wrote about Mouse keys, a function available on Windows that allows users to move the mouse pointer and interact with objects onscreen using the Numpad keys on your keyboard. NeatMouse is a free software that offers a lot more than Mouse keys.

The schematic below shows how the pointer can be controlled using NeatMouse. 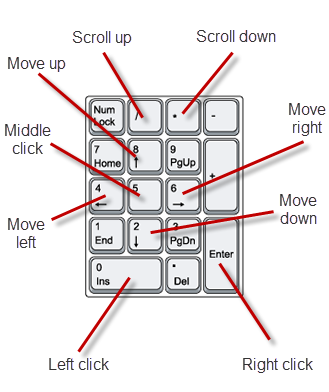 NeatMouse works on all version of Windows newer than Windows XP SP2. Portable version is available. 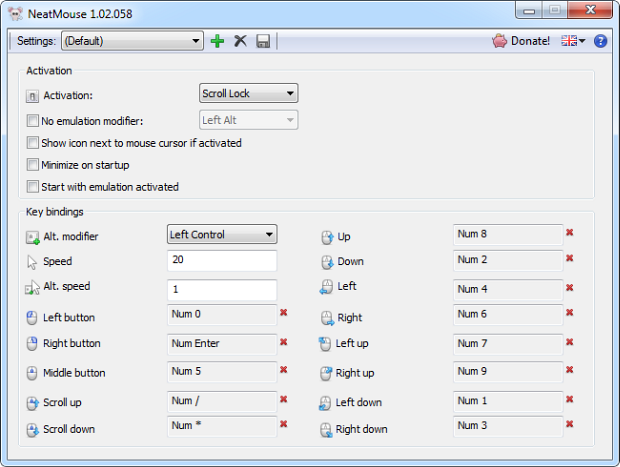