Miss Windows XP’s start menu – the one where menus fly out from the All Programs group, instead of scrolling inside a tiny space as in Windows 7 and Vista? Start Menu XP is a new program that gets rid of Windows 7’s scrolling start menu and brings back the old fly-out functionality that was the standard for all menus until Windows Vista.

Start Menu XP can be launched either from the icon in the system tray, as a separate menu, or from the regular Start Menu button on Windows. While the program is running, Windows 7’s scrolling menu becomes unavailable and is replaced by fly-out menus. The search box is still accessible, though. 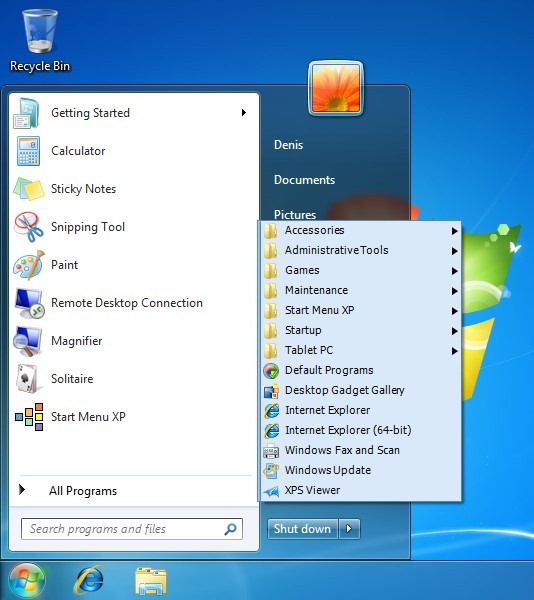 If you can tolerate the blue-green color scheme, Start Menu XP is actually a handy program. Aside from the menu transformation, this free utility introduces virtual folders, that lets you organize program shortcuts into groups. These groups show at the top of the menu and thereby easy to access. You can use them to organize your programs into favorites or by type such as ‘office’, ‘internet’, ‘games’ etc. One advantage of using Start Menu XP to group your shortcuts instead of using actual folders is that these groups are virtual – you won’t see empty folders after uninstalling the programs. 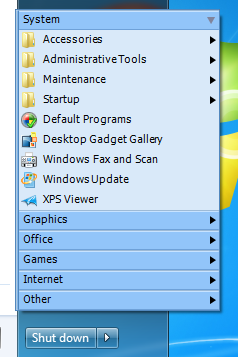 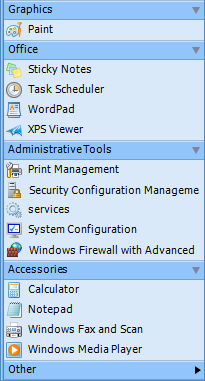 Besides, these groups are ‘foldable’ – that is, they can be collapsed or expanded to hide or show items under a group. The image above shows how an expanded and collapsed virtual group might look like.

Managing groups is easy. Simply launch the group manager from the icon in the system tray or right click on any group when the menu is open and choose the ‘Manage groups’ option. The default groups include, System, Graphics, Office, Games and Internet. Unfortunately, creating additional groups is only possible in the Pro version, which is can be bought $20. The free version only allows adding or removing items from existing groups.

If these restrictions doesn’t bother you, Start Menu XP is worth a try.