When watching movies on my computer, I like to a have large on-screen display of volume level when I use the dedicated volume control keys on my keyboard or on my remote. Unfortunately, on-screen volume indicators are not a part of Windows. If your computer has one, it was either installed by the keyboard or the sound card software package. Some laptop and desktop PC manufacturers also include it, but the majority of Windows users have only a tiny volume indicator, the default one, on the system tray. Here we will look at some of the alternatives.

3RVX is a beautiful volume display and comes with a number of skins or display styles. You can adjust the position of the display on the screen, set display time, and if you don’t have a multimedia keyboard, you can set keyboard shortcuts to control volume. If you intend to use it when watching movies or playing games full screen, make sure you disable the setting ‘Hide when other programs are fullscreen’ under the Display tab of the program’s settings. (3RVX previously on Instant Fundas.)

Volume2 is more than an on-screen display. It’s an advanced Windows audio controlling dashboard that lets you easily change the sound volume using any keyboard shortcut or mouse wheel or just by dragging the mouse up and down the screen border. It includes an audio mixer with advanced volume controls support, a scheduler, an on-screen display, command line support, the ability to store and recall different unlimited presets via one mouse click or system-wide hot keys. 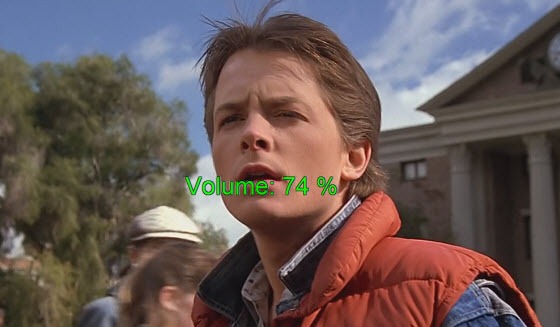 The on-screen display of Volume2 is nothing fancy – just text whose font and color can be customized. Correction: Volume2 has plenty of stylish on-screen displays many of which are common with 3RVX. The skins can be chosen from the settings window. If you own a multimedia keyboard, you must first map the volume-up and volume-down buttons on your keyboard to the volume control functions on the software, without which the OSD won’t show up when you use these buttons. You can find this setting under the keyboard settings in Volume2 Options dialog box.

There are plenty of other things to explore in Volume2, which I will leave for you to find out.

Sound Volume Hotkeys is a simple program that lets you increase or decrease system volume using the CTRL and Up/Down arrow keys, and while doing so displays and on-screen indicator. Unfortunately, it only shows up when using the pre-configured volume hotkeys (Ctrl+Up/Down) and not the volume button of a multimedia keyboard. The shortcut keys is also not configurable. 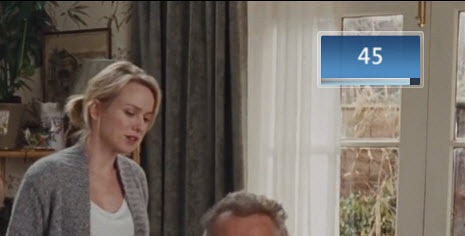 Pretty much every media center software has large on-screen displays, because these programs are meant to watch videos and TV from the couch in the living room. If you aren’t choosey regarding which media player to use, try Windows Media Center. It’s baked into every Windows 7 installation and has on-screen displays for not only volume but all player controls. Windows Media Center is pretty fantastic too, and can be made even better.

Speaking about media center, there are several alternatives – XMBC, MediaPortal, Boxee, Enna Media Center (for Linux), Moovida, and GB-PVR, to name a few.

So even if your keyboard or sound card software doesn’t have on-screen display programs, it’s easy to get one for your screen.