The ribbon interface was introduced nearly four years ago with MS Office 2007, and since then found its way into several Microsoft programs like MS Paint, Wordpad and Microsoft Live programs. But some people are still having a hard time coping with the change.

For those who don’t like the ribbon interface on Microsoft Paint in Windows 7, Paint XP has been developed. It is a standalone MS Paint program that allows you to get your old XP Paint interface in Windows 7. 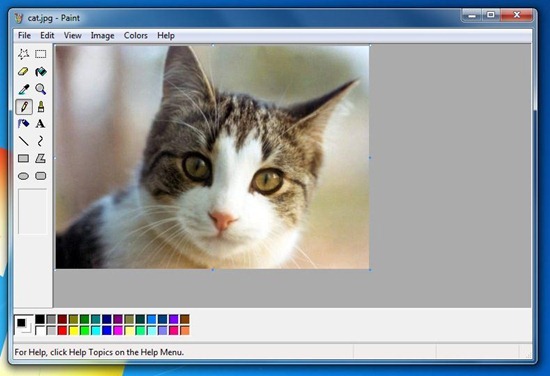 It is just a simple executable file that requires no installation and can be run independently of the original Microsoft Paint program. It doesn’t replace the default MS Paint tool in Windows 7.

For MS Office 2007 and 2010, you can use UBitMenu to recover the classic menu system.

On the other hand, if you love the ribbon interface but still using Windows XP, then get these programs:

Those who would like to learn and acquaint themselves with the new ribbon UI, Microsoft has some easy to use interactive guides that helps you locate a command or action in the new ribbon interface. You can also learn by playing the Ribbon Hero game.

We encourage you to try out the new ribbon design.